Cook websites based on your needs

You will learn different types of websites (Static, SPA, SSR, Pre-rendering, PWA ...) in recipe format, what they are, when you need them and how to start creating them. 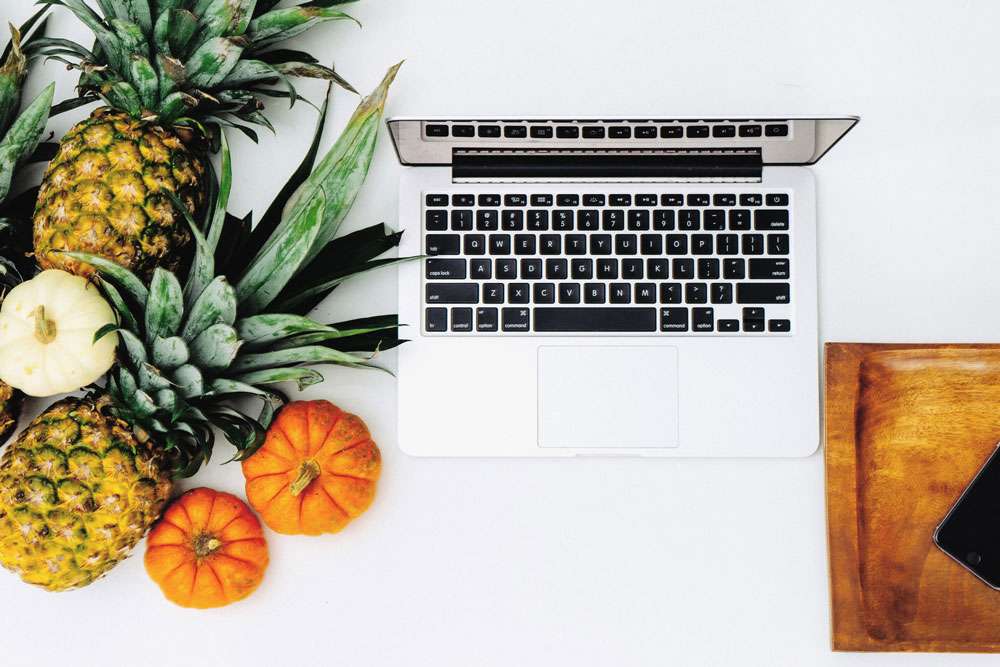 Surely it's quite common to think that all websites are cooked with the same recipe, but in this article I will prove you wrong with 5 recipes of modern websites that you can create based on your needs.

First of all, we have to keep in mind that, unlike when we cook normal food, when cooking websites there are two types of customers that will come to our restaurant (website): humans and Google robots, who will help other humans to find our website more easily. Let's start!

It's, without a doubt, the easiest website we can do and where many of us have started cooking websites. It's characterized by its simplicity, a quality that generally gives a very good web performance, low maintenance and zero cost. Its name, "static", comes because the information that the client will see will always be the same unless we change the HTML markup files. In other words, no APIs requests will be made to return dynamic information. We don't need a server running languages such as PHP, or any database.

This type of web recipe belongs to the JAMStack architecture.

The initials of JAMStack describe "Javascript, APIs and Markup" and are characterized by:

You can read more about the easy integration of Github + Netlify here .

SPA means Single Page Application and how its own name says, they are web applications that is characterized by running in your own browser through JavaScript files. Web applications, unlike static files, are dynamic, since they call to APIs that return or send external and asynchronous information.

If we have asynchronous content, are our users going to see a blank webpage until they receive the content from this APIs?

The lack of feedback in asynchrony is a common UX problem that, from development and design, we have to take into account when we cook SPA. Creating skeleton screens will help us to show a visual and generic resource as similar as possible to the information that the user will obtain. You can learn to design and program skeleton screens at this tutorial.

One of the main negative points of SPAs is that Google doesn't guarantee that its content is indexable. The reason is that Google's web crawlers, despite having improved over the years, remain very inefficient waiting for asynchronous content and processing large JS files. You can read a broader explanation here.

Steps to create a minimum SPA with Vue:

I wrote that if you want to do a SPA, it won't index well on Google but what if we have a SPA with generic and public content and we want Google robots to consume it? As solutions we have the two next recipes for it: Pre-rendering SPA and SSR

This recipe consists of generating a static version (HTML) of a SPA at build time. The client, when entering the web, receives HTML (as if it were a static web) but in the meantime, JS files belonging to a SPA are loaded “hydrating” the web until it's completely dynamic. The human client will notice an increase in speed in the initial load and our other client, Google robot, will be able to read all its content in a much more efficient and trouble-free way.

In other words, the SPA pre-rendering is, at first, a static web, which has been generated in the project's build, but then it's transformed into a single page application.

This type of web recipe also belongs to the JAMStack architecture, like static websites, since they render HTML when executing the build unlike a normal SPA.

Steps to cook a minimum SPA pre-rendering with React + Gatsby:

SSR means Server Side Rendering and the concept is very similar to pre-rendering but instead of rendering occurring when executing the application build, it will occur every time a client accesses to the web, through a server, so the static content will be generated in real time.

At this moment you may wonder, is any Wordpress site a SSR website? In theory, yes, but it works very differently from what we can do with an SSR webapp made in Vue or React. The main difference is that with WordPress, every time we navigate a route we will ask the server for resources: download a PHP file, compile it in HTML and show it to the client. With an SSR made in Vue or React we will only use the server when entering the page, once that HTML has been loaded our webapp will be "hydrated" in JS and therefore when navigating through our website, we won't need the server again and navigation will be much faster. You can read more about it here.

These types of new webapps are called universal or "isomorphic," which is a pretty ugly name, but it means they run on both client and server.

Cost of the ingredients: $5/month of the cost of the web server in DigitalOcean.

Steps to create a minimum SSR with Nuxt:

A PWA can be any previous webapp but having “super powers”.

It's a web recipe that can be applied to any web already created. What we will achieve with this recipe is to approach the operation of any native app that we all have on our phones but on the web, it will be installable and can work without an internet connection.

Through “service workers”, we will be able to tell our app what resources to download and save in the cache of our device to be able to access it offline. We can even send push-notifications or synchronize in the background.

You can view and uninstall all your PWA installed on your computer through Chrome at: chrome://apps/

Steps to create a PWA from an existing SPA:

How to install a PWA on any device:

In Google Chrome you can download the app for Mac or Windows in the "+" button to the right of the URL. 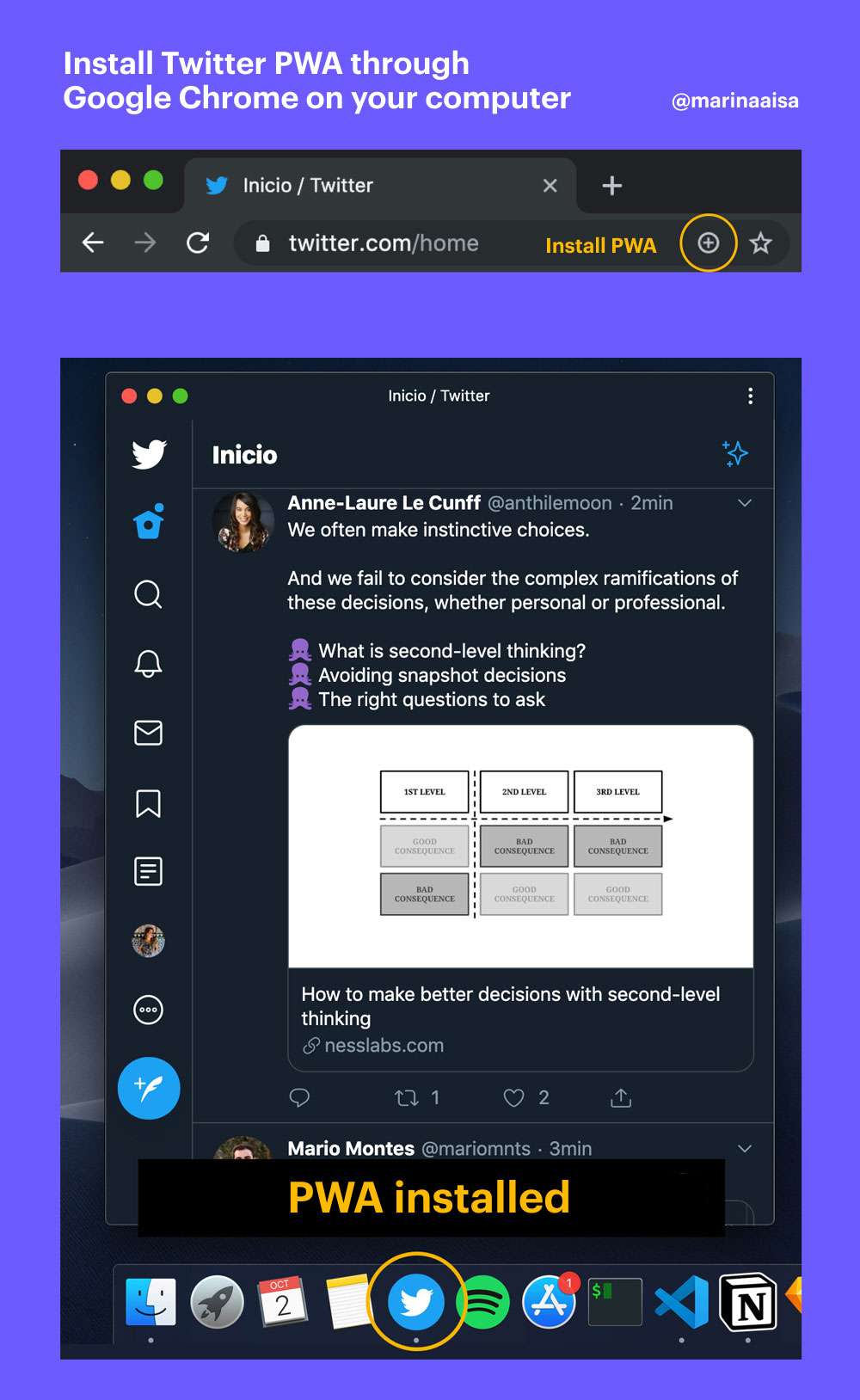 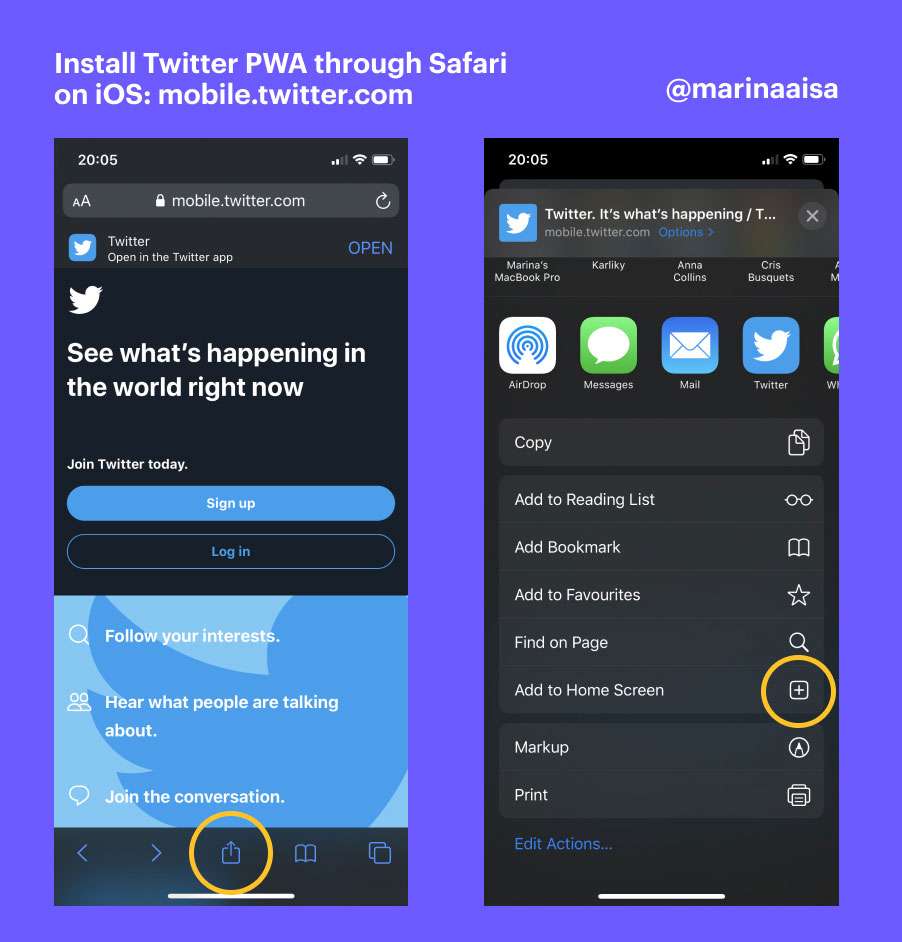 I hope you liked these modern and fresh web recipes.

I wish I knew how to cook food just like creating websites, it's all about learning.

I want to emphasize that it's the responsibility of every chef, whether they are developers or designers, to know when and why to use the different recipes that I've taught you, since they influence our work process (yes, also on design) and in the final result.

Many times, I'm the first one to fall into this, we get crazy about the latest technology that appears in frontend, backend or design world without stopping to think if we really need it or if other previous technologies are better to solve that problem specific. Also, contradictorily, I encourage you to use these new technologies in personal projects. It's a very good way to learn, test it and know when to use it.